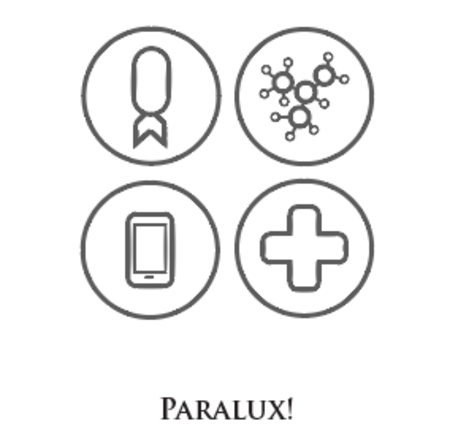 The Paralux Corporation came ot life in 1974 as the brainchild of two young physicists tinkering on a side project. In a Pørtland, Cascadia garage Toshe Marinos and Jasper Taylor devised an ingenious method for storing blood without refrigeration.

Until 1985, Paralux was run jointly by the two founders who served as Co-Executive Officers. Toshe Marinos took over as sole EO upon the disappearance of Jasper Taylor.

Since Paralux's founding it has debuted hundreds of devices, services, and products in four key areas: consumer technology, military technology, bio-technology, and medicine.