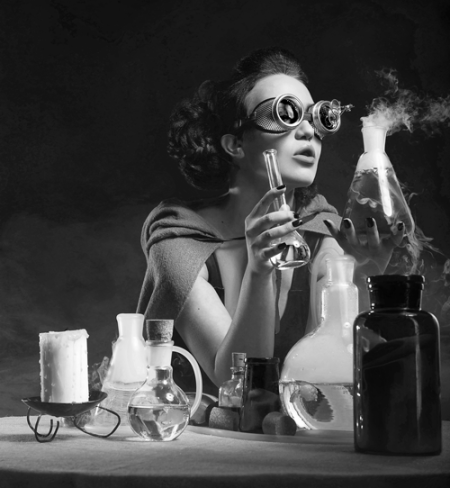 The Twenty-Ninth Empress of Australia (E29), often referred to as The Alchemist, was born in 1875.

Fascinated from a young age at chemical reactions, she learned everything she could about alchemy and chemistry and began experiments as young as four-years-old. As she grew older her experiments became more complex and dangerous. At age seventeen she melted her left pinky finger in a test of a strong acidic compound. Although wounded, she considered the experiment a success because she learned something from it.

In 1902 she met another alchemist named Jean-Pierre Bjornson at an alchemists confabulation in Moscow and the two had a torrid sexual encounter which left the young crown princess with child. Jean-Pierre was officially granted Consort status on July 7th, 1902 and on January 1st, 1903 Eleanor bore a daughter.

In 1910 she discovered a radioactive compound she would name Eleanorium. The effects of this compound were terribly harsh on the body and months later Jean-Pierre died from handling the material.

In 1918, Eleanor the Twenty-Ninth ascended to the throne of the Empire upon the death of her mother. The Alchemist would not hold power for long, however, as an experiment gone awry killed her in 1919.