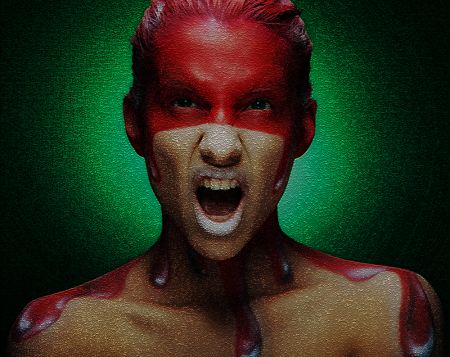 Born in 1482, the fifteenth Empress of Australia (E15), was a powerful warrior who's battle prowess was unmatched during her age.

She ascended to the throne of the Empire at the age of three, upon the tragic death of her mother, and until she reached the age of majority at thirteen the Empire was overseen by a handful of devoted aides to the former Empress. She is often referred to as The Child Queen because of her youth at ascension.

Other nicknames of Eleanor Fifteen include The Conqueror and The Red Lion of the Seas, both of which she received due to her military conquests and prowess on the ocean.

A brilliant polymath, E15 personally designed and oversaw the production of many military improvements. Among her innovations was a series of small, fast ships that would accompany her armadas and was known as the Fire Brigade. These ships carried archers who carried specially designed flaming arrows that would whistle and hiss as they flew through the air until landing at their target and setting it on fire.

Other innovations included a specially design horse saddle that allowed a mounted archer to spin in their mount and fire from different directions and a pre-cursor to the modern bomb--a projectile filled with explosive powder and metal parts that could level large swaths of opposing forces.

A restless spirit, Eleanor Fifteen did not content herself with the petty squabbles with her neighboring people as her forebears had. She largely ignored the rival Kingdom of Papua.

Instead, she set her sights further afield. In 1504, on her 22nd birthday, she set sail east over the Pacific and laid claim to the lands of western North America from the tip of the Western Penninsula to the artic lands of the north. Among her expedition were five settlement ships that created colonial settlements along the coast.

From 1504 to 1532, Eleanor Fifteen would make more than 15 voyages back and forth between Australia and her North American colonies.

In 1532, sailing down the coast of the Western Penninsula, bound for Australia, she encountered three Spanish ships dispatched by Hernán Cortés. She quickly eliminated the ships and left orders that any further Spanish encroachment should be met with blood.

From 1533 to 1536, E15 held court in Australia while preparing for her next expedition--an exploratory survey of Southern Africa. She set sail for this in late 1536, arriving first at the island of Madagascar, which she subdued. She then, uncharacteristically, began trade relations with the inhabintants of the mainland of Southern Africa. She returned home to Australia in 1541.

By 1542, her standing orders in the Americas had rankled the Spanish and Portuguese royalty. The Portuguese sent a fleet of 57 ships to subdue the Empress' lands in Australia. The voyage of the much slower European ships took more than a year and by the time the fleet reached Australia just 27 ships remained after heavy storms. Eleanor made short work of the fleet and after interrogations of the survivors arrived at the conclusion that the Portuguese needed to be subdued. She dispatched a fast ship back to Portugal with a box containing the head of the Portuguese Admiral, who happened to be a cousin of the Portuguese queen. The box contained a simple message written in perfect Portuguese: "You are next."

In 1544, Eleanor set sail with a fleet of 211 warships and nearly 27,000 warriors. In 1545 her fleet encountered the Spanish Armada, which sent a lead ship to demand her surrender. She responded by setting the entire armada aflame destroying more than 107 ships at sea with all nearly all of the Armada's 20,000 hands lost. Four days later she encountered a fleet of 37 more Spanish and Portuguese ships off the Lisbon coast and destroyed that fleet as well.

On September 21st, 1545 Eleanor sailed into Lisbon harbor and immediately took control of the city. Members of the Portuguese royal family attempted to flee, dressing as peasants, but they were apprehended by ground troops that had landed to the north and south of the city in order to encircle it. The royal family was executed and Eleanor declared all lands and holdings of the Portuguese royal family to be hers. The mayor of Lisbon surrendered and recognized her authority.

On October 1st, 1545, Eleanor began marching from Lisbon to Madrid. The Spanish sent an army to meet her and on October 30th, the two armies engaged in the plains outside of Toledo. The Spanish army was completely destroyed in a rout in which Eleanor lost one warrior for every 15 that the Spanish lost.

On November 15th, as Madrid experienced its first snow in decades, Eleanor Fifteen marched into the capital. The Spanish royal family also attempted to flee, but were captured. Eleanor executed every member of the family with the exception of a two-year-old, also named Eleanor, whom she spared, apparently, because of her beautiful eyes. She partitioned Spain and Portugal into three distinct areas: Portugal, Northwest Spain, Western Spain, and Southern Spain would become territories of the Empire; Central Spain would remain the Kingdom of Castile, ruled by the Spanish princess, but subject to tribute; Catalonia was likewise split from Spain, given its own ruling council, but subject to tribute.

Eleanor Fifteen would spend most of the rest of her days sailing between her Spanish territories, Australia and Western America.

In 1564, at the age of 82, Eleanor published a book entitled Imperium Omnium, a book outlining the successful tactics and strategies she had employed throughout her life and which also included ideas for further martial innovations.