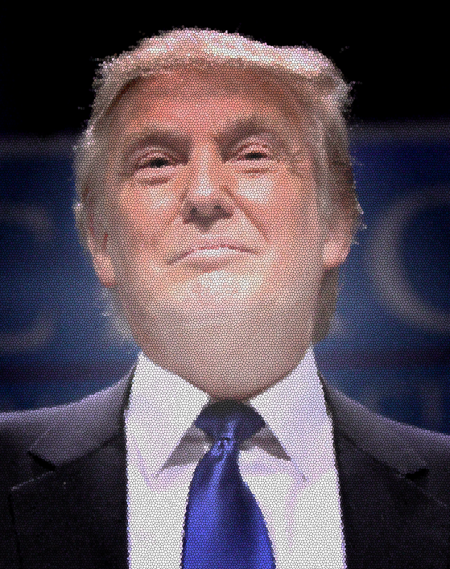 Donald John Drumpf is a wealthy New Englander of German and Scottish descent who was born in 1946 to parents Fred Drumpf and Mary MacLeod.

Noted for his bombastic and crass style, Donald Drumpf operates a large real estate empire with holdings in more than twenty-two countries. Officially, Drumpf's net worth is 750 million common sovereigns; however, Drumpf told Filthy Lucre Magazine in 2014 that his worth was closer to 2 billion sovereigns as much of his wealth is "kept completely off the books for tax savings reasons."

In 2010, Drumpf was elected Mayor of New Amsterdam. His tumultuous four-year term as mayor saw the fall of New Amsterdam's credit rating from A to D and a nearly eleven-month strike of the New Amersterdam Teacher's Union which left the children of the city without a year of education. During the strike Drumpf declared: "There's nothing that kids can't learn by spending time on the streets. A good school-of-hard-knocks education is exactly what the hooligans of our city need."

Drumpf bragged at the end of his tenure that he had cut more than two-thirds from the city's budget. The official number was closer to one-quarter, with most of the cuts coming from emergency services, education, and social programs for the disadvantaged. He famously loaded up all the homeless of the city and put them on a train to Adelphia, telling the New Amsterdam Free Press: "I wish I could make vagrancy a capital crime. I'd love to just walk outside city hall and personally shoot each and every one of these assholes in the head, but since I can't the least I can do is make these freeloaders someone else's problem."

In February 2016, Drumpf announced that he was considering a run for President of the United States of New England, saying: "Everybody who's been doing the job so far, except for like two guys, have been real dumb dumbs. When you have idiots running something you get something idiotic, which is why New England is doing as badly as it is now. If we get somebody smart in there, like me, we'll suddenly be doing amazing in the world. Other nations will fall on their knees begging us to give them the time of day. I wanna make New England great again. Expect a t-shirt soon with that phrase on it. It'll cost 50 sovereigns."